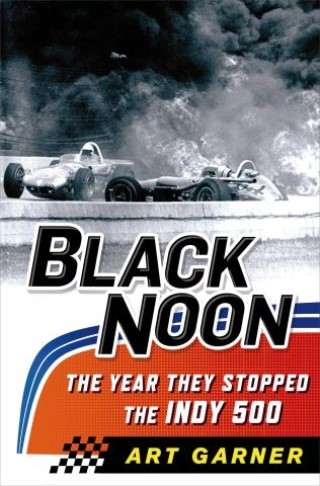 Black Noon: The Year They Stopped the Indy 500

Winner of the 2014 Dean Batchelor Award, Motor Press Guild "Book of the Year"

Before noon on May 30th, 1964, the Indy 500 was stopped for the first time in history by an accident. Seven cars had crashed in a fiery wreck, killing two drivers, and threatening the very future of the 500.

Black Noon chronicles one of the darkest and most important days in auto-racing history. As rookie Dave MacDonald came out of the fourth turn and onto the front stretch at the end of the second lap, he found his rear-engine car lifted by the turbulence kicked up from two cars he was attempting to pass. With limited steering input, MacDonald lost control of his car and careened off the inside wall of the track, exploding into a huge fireball and sliding back into oncoming traffic.

After the track was cleared and the race restarted, it was legend A. J. Foyt who raced to a decisive, if hollow, victory. Torn between elation and horror, Foyt, along with others, championed stricter safety regulations, including mandatory pit stops, limiting the amount a fuel a car could carry, and minimum-weight standards.

In this tight, fast-paced narrative, Art Garner brings to life the bygone era when drivers lived hard, raced hard, and at times died hard. Drawing from interviews, Garner expertly reconstructs the fateful events and decisions leading up to the sport's blackest day, and the incriminating aftermath that forever altered the sport.

Black Noon remembers the race that changed everything and the men that paved the way for the Golden Age of Indy car racing.

A journalism graduate of Michigan State University, ART GARNER has developed a writing and public relations career that has intertwined with motorsports for more than 35 years. He has worked as a public relations executive at Ford, Toyota, and Honda, through which he has attended races at virtually every major, and not so major, track in America. He lives in Palos Verdes, CA.