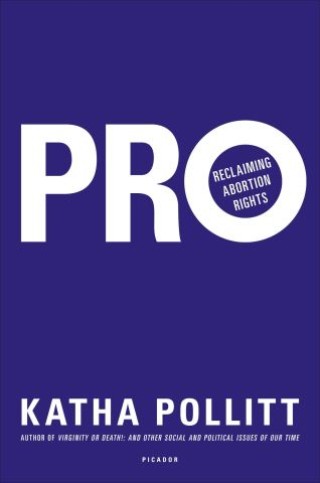 Forty years after the landmark Roe v. Wade ruling, "abortion" is still a word that is said with outright hostility by many, despite the fact that one in three American women will have terminated at least one pregnancy by menopause. Even those who support a woman's right to an abortion often qualify their support by saying abortion is a "bad thing," an "agonizing decision," making the medical procedure so remote and radioactive that it takes it out of the world of the everyday, turning an act that is normal and necessary into something shameful and secretive. Meanwhile, with each passing day, the rights upheld by the Supreme Court are being systematically eroded by state laws designed to end abortion outright.

In this urgent, controversial book, Katha Pollitt reframes abortion as a common part of a woman's reproductive life, one that should be accepted as a moral right with positive social implications. In Pro, Pollitt takes on the personhood argument, reaffirms the priority of a woman's life and health, and discusses why terminating a pregnancy can be a force for good for women, families, and society. It is time, Pollitt argues, that we reclaim the lives and the rights of women and mothers.

Katha Pollitt, the author of Virginity or Death!, is a poet, essayist, and columnist for The Nation. She has won many prizes and awards for her work, including the National Book Critics Award for her first collection of poems, Antarctic Traveler, and two National Magazine Awards for Essays and Criticism. She lives in New York City.