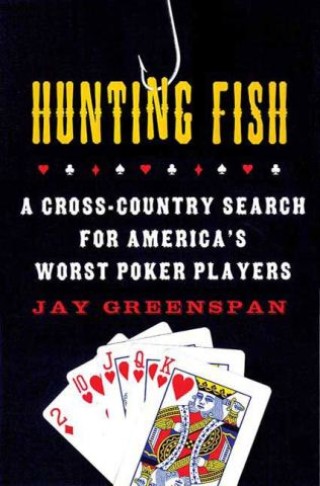 If you want to prove you're a good poker player, you don't have to battle against the best. Nobody really cares if you ever bluffed Phil Ivey or got Daniel Negreanu to make a bad call. You're at the table for the money, not stories of conquest. A disciplined player, one who's playing for the right reasons, would rather sit with the worst, those he's sure to outplay. He's looking for donkeys and donors. He's hunting fish.
In Hunting Fish author Jay Greenspan sets out on a cross-country drive---from Connecticut to Los Angeles---looking for players he can outclass. In casinos, underground clubs, and home games throughout the country, Jay shared tables with the most inept gamblers America has to offer. In South Carolina he wiped out some racial-epithet-spewing good ole boys; in Houston he fleeced the country club set; and in Vegas he happily pounded drunken tourists.
Hunting Fish is, however, not merely the story of a hustler's travels. In addition to fleecing suckers, Jay was convinced he could beat the very best and make it as a full-time pro. This trip gave him the opportunity to build his bankroll to the point where he could test his mettle in high-stakes games when he reached Los Angeles. Although to play in the high-limit rooms at Commerce Casino he needed a steady nerve---and a fatter bankroll. In his three months on the road, he needed to pad his roll with an additional twenty thousand dollars. That's a lot of fish to hunt.

Jay Greenspan is a Brooklyn-based writer and semiprofessional poker player. His work has appeared in All-In magazine, Bluff magazine, PokerPages.com, PokerSavvy.com, and FullTiltPoker.com.