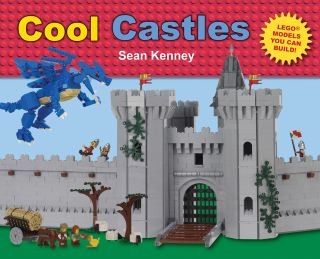 Lego™ Models You Can Build

The "Castle" series is one of the strongest selling brands in the LEGO line. Sean Kenney highlights medieval castles and the knights who stand guard and keep the castles shipshape. There is also a spread featuring a joust and a battle with a dragon! LEGO adventurers will love this new offering.

Sean Kenney likes to prove you can build anything with LEGO bricks. He makes sculptures and models out of LEGO at his studio in New York City, and is recognized as one of the premier LEGO brick builders in the world. Sean is the creator of Cool Cars and Trucks, Cool Robots, Cool City, and Amazing ABC.