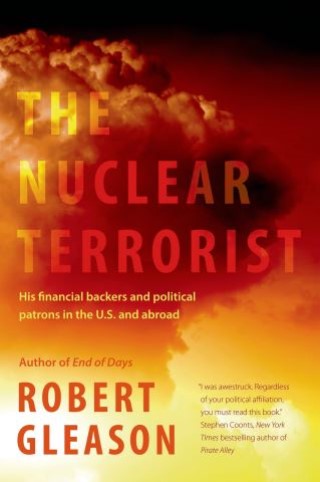 His Financial Backers and Political Patrons in the US and Abroad

The threat of nuclear terrorism and weapons of mass destruction has never been greater, yet, as this devastating exposé makes clear, America's leaders, including the last two Presidential administrations, have been shockingly lax and often chillingly reckless when it comes to protecting the United States—and the world—from the spreading threat of nuclear proliferation and the very real possibility that terrorists will stage a nuclear bombing or meltdown on American soil . . . with catastrophic results.

Taking no prisoners, Robert Gleason's The Nuclear Terrorist demonstrates how time and again both the Bush and Obama administrations have placed politics and profiteering over public safety; how the government has failed to effectively guard and regulate a "peaceful" nuclear industry that is both cataclysmically expensive and apocalyptically dangerous; how America's nuclear power plants remain vulnerable to both physical and cyber attacks; and how our elected leaders and their advisors continue to do business with rogue states, untrustworthy and unstable "allies," and terrorist backers, while turning a blind eye to the all-but-inevitable consequences of such deals with the devil.

Robert Gleason, author of End of Days, has worked for 40 years in the New York book industry, where he has published many scientists, politicians and military experts. He starred in and hosted a two-hour History Channel special, largely devoted to nuclear terrorism and has discussed the subject on many national TV/radio talk shows, including Sean Hannity's and Lou Dobbs's TV shows and George Noory's Coast to Coast AM. He has also spoken on nuclear terrorism at major universities, including Harvard.