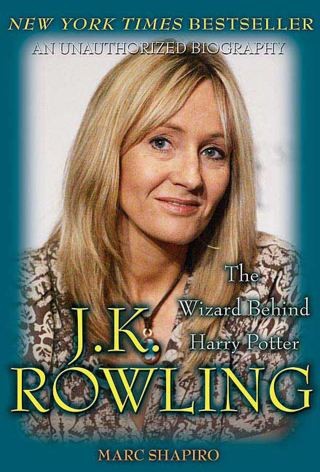 The heartwarming story behind J.K. Rowling's rise to fame—and the answers to Harry Potter fans' most burning questions!

Harry Potter is loved throughout the world, and so is his creator. Joanne Kathleen (J.K.) Rowling is a true wizard, a woman who has the ability to recall vividly her days as a child and capture those wild, wonderful, difficult times—an ability that helps make her creation, Harry Potter, seem so real.

In this revealing book, fans of the Harry Potter series will get to see their favorite author as they never have before. From a child with a wonderful imagination who didn't quite fit in, to a single mother with almost overwhelming responsibilities, J.K. Rowling and her story provide a wonderful chance for adults and children to enjoy a heartwarming, magical story. . . together.

Inside are the answers to some of the most frequently asked questions:
* Where did the idea for the Harry Potter series come from?
* How the birth of her third child impacted her life
* What's the latest on the top secret writing projects that will follow HARRY POTTER AND THE DEATHLY HALLOWS?
* What are Joanne's feelings about the Harry Potter saga finally ending?
*Which of the characters does J.K most identify with?
*What is J.K. Rowling's simple rule about writing?
*And much more!

Marc Shapiro is the New York Times bestselling author of Justin Bieber: The Fever! and many other bestselling celebrity biographies. He has been a freelance entertainment journalist for more than twenty-five years, covering film, television and music for a number of national and international newspapers and magazines.