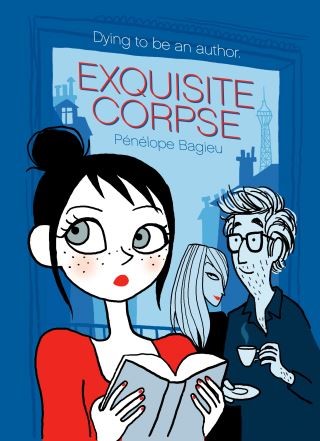 Zoe isn't exactly the intellectual type, which is why she doesn't recognize world-famous author Thomas Rocher when she stumbles into his apartment...and into his life. It's also why she doesn't know that Rocher is supposed to be dead.

Turns out, Rocher faked his death years ago to escape his critics, and has been making a killing releasing his new work as "lost manuscripts," in cahoots with his editor/ex-wife Agathe. Neither of them would have invited a crass party girl like Zoe into their literary conspiracy of two, but now that she's there anyway. . . .

Zoe doesn't know Balzac from Batman, but she's going to have to wise up fast... because she's sitting on the literary scandal of the century!

Pénélope Bagieu: Penelope Bagieu was born in Paris in 1982, to Corsican and Basque parents. She is a bestselling graphic novel author and her editorial illustrations have appeared all over the French media. She blogs, drums in a rock band, and watches lots of nature shows. Exquisite Corpse is her first graphic novel to be published in the United States.