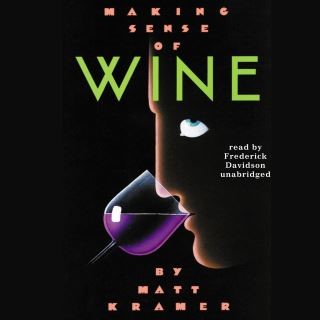 Since its first publication in 1989, Matt Kramer’s extraordinarily accessible guide to wine has become a classic. Where others talk jargon about centrifuges, steel tanks, and acidity levels, Kramer talks about wine itself. The result is an enriching experience that goes far beyond knowing how to read a label or impress a waiter.

The text explains everything an oenophile needs to know, including the creation and naming of wines, wine cellars, presentation and glassware, pairing wine with food, and much more. Kramer reminds us that wine is an expression of the earth that reveals the site and conditions under which it is cultivated. He explores connoisseurship through the practical devices of “thinking wine” and “drinking wine,” making for a most enjoyable and engrossing journey through one of life’s most dependable pleasures.

Matt Kramer has been a full-time food and wine writer since 1976. He is a columnist in every issue of Wine Spectator and Diversion magazines. He is the longtime wine critic for the Oregonian, and has worked as a wine columnist for the Los Angeles Times. He resides in Portland, Oregon.

Frederick Davidson (1932–2005), also known as David Case, was one of the most prolific readers in the audiobook industry, recording more than eight hundred audiobooks in his lifetime, including over two hundred for Blackstone Audio. Born in London, he trained at the Royal Academy of Dramatic Art and performed for many years in radio plays for the British Broadcasting Company before coming to America in 1976. He received AudioFile’s Golden Voice Award and numerous Earphones Awards and was nominated for a Grammy for his readings.