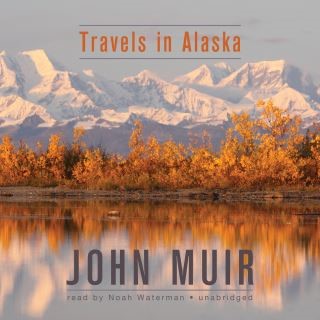 In the late 1800s, John Muir made several trips to the pristine, relatively unexplored territory of Alaska, irresistibly drawn to its awe-inspiring glaciers and its wild menagerie of bears, bald eagles, wolves, and whales. Half poet and half geologist, he recorded his experiences and reflections in Travels in Alaska, a work he was in the process of completing at the time of his death in 1914.

John Muir (1838–1914), Scottish-born American naturalist, was one of the most influential conservationists and nature writers in American history. Founder of the Sierra Club and its president until his death, he was instrumental in helping to save wilderness areas, including Yosemite Valley and Sequoia National Park. He was a spirit so free that all he did to prepare for an expedition was to “throw some tea and bread into an old sack and jump the back fence.”