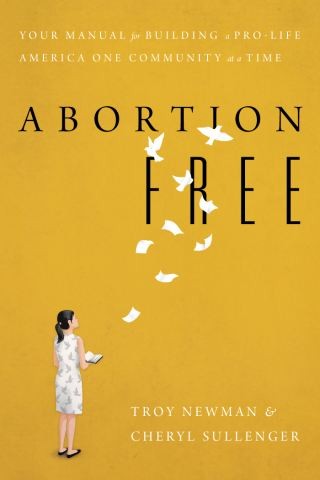 Abortion is murder. There is no way around it. You can try to justify it by claiming the health of the mother, but the truth is only a small percentage (less than one-tenth of 1 percent by some counts) of the 1 million babies killed each year are to save the mother's life. Instead statistics suggest that 85 percent of all abortions are performed as a means of birth control and are three times more likely to be by a woman on Medicaid. Family planning and abortion clinics in the United States are a $2 billion a year industry with a 1.3 percent growth for the last five years, with 40 percent of all the country's abortions being performed at Planned Parenthood.

For years we have been told that legal abortions were necessary for the health and well being of the mother. It is a lie. Dr. Bernard Nathanson, cofounder of the National Abortion Rights Action League turned Christian antiabortion activist, admitted that his group lied about the number of women dying from illegal abortions.

Thanks to people like Dr. Nathanson (pioneer abortionist-turned prolife activist), Troy Newman, Cheryl Sullenger, Abby Johnson (former Planned Parenthood worker), and Lila Rose (undercover antiabortion activist), the truth is out. Abortion clinics by and large are seedy, dirty, nefarious profit centers that don't care a lick about the woman or her rights. They are all about turning a quick buck. Just look at Dr. Kermit Gosnell in Philadelphia. He cut the spinal cords of live babies with scissors. Dr. Douglas Karpen in Houston twisted the heads off of live babies. Another clinic threw remains on their roof to avoid hazardous waste removal fees. Another clinic used a garbage disposal. It is becoming widely known that this is a barbaric practice that needs to be stopped. In January 2014, Gallup found that 64 percent of Americans support outlawing abortion in the second trimester and 80 percent support outlawing it in the third. Public opinion is moving in the direction of fewer and safer abortions.

Over the past two decades Troy Newman and Cheryl Sullenger have honed their skills at exposing abortionists as the snake-oil salesmen they truly are, and in doing so have closed dozens of abortion clinics.   People ask, Why should we close abortion clinics? Because when abortion clinics close, babies are saved! And it stops the infliction of human misery upon vulnerable women and their innocent babies.

In Abortion Free, Newman and Sullenger recount many stories from the front lines in the battle for life and the success they have had in closing these houses of horror. It is possible to shut down these repugnant establishments. They walk you through the steps they took to closing down the clinic of one of the nation's most notorious late-term abortionist, Kansas's own George Tiller. Emergency hospitalizations, negative public opinion, health and professional complaints, and more brought the heat upon Dr. Tiller's practice. But it was the unwavering pressure by the tenacious prolife group Operation Rescue, founded by Newman and Sullenger, that finally sealed the deal.

Newman and Sullenger share their more than fifty years combined experience in shuttering dirty, life-threatening clinics. In this practical manual you will learn how to (1) find out who the abortion doctors are in your community, (2) know if abortionists in your community have a record or are even licensed in your state, (3) get clinic workers to help you acquire evidence, (4) alert the press of criminal activities, (4) expose dirty and sundry clinic conditions, (5) inform the public and the leaders of what is taking place, and (6) help the women in need.   How do you close abortion clinics? Newman and Sullenger tell you how in plain language in Abortion Free. You will learn what you can do to help close your local abortion clinic and make America abortion free.

Cheryl Sullenger is the senior policy advisor to Operation Rescue. She has been involved in the prolife movement for thirty years. Her sidewalk counseling ministry has saved over 2,500 lives. Sullenger is an accomplished writer and published editoralist who coauthored Their Blood Cries Out! She and her husband, Randall, have been married for thirty-three years and have two married daughters and six grandchildren.

Troy Newman has actively worked on behalf of the pre-born for over twenty years. Newman's groundbreaking work has been featured in Rolling Stone magazine, the Los Angeles Times, The New York Times, the Chicago Tribune, and CNN. He and his wife of twenty years, Mellissa, raise their five children on their beautiful ranch in rural Kansas.