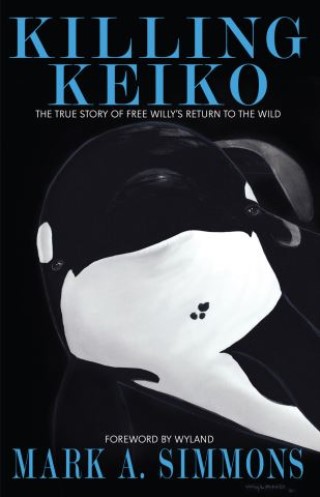 In 1978, a young killer whale “Keiko” was collected off the east coast of Iceland and spent the next 18 years in human care. At Reino Aventura Park in Mexico, his home was not conducive to good health, and over time his condition deteriorated. In 1993, Keiko became the star of Free Willy, a Warner Bros. blockbuster movie, that enchanted the public and led children and adults to believe that a whale, long-held in the care of man, could successfully make its way in the wild.

Animal rights organizations lobbied for a real-life release program for Keiko, similar to his fictitious counterpart, and millions of dollars were raised to return the orca back to his home waters.

Author Mark Simmons was leader of the team of animal behaviorists brought to Iceland as part of the release project. But the program was doomed to failure from the start; plagued by hidden agendas and an organization unable to recognize that Keiko needed to learn to be wild before any chance at survival could exist.

Mark has worked in the field of applied behavioral sciences for 28 years. As the director of animal husbandry for the Keiko Release Project, Simmons authored and applied the behavioral rehabilitation blueprint for reintroduction that gained approval from the Icelandic Ministry of Fisheries for Keiko’s formal release.

He assists governments on protective marine legislation, participates in ongoing research with marine mammals and is heavily involved in the rescue and rehabilitation of sick and stranded animals. Simmons has provided consulting on marine mammal health assessment and recovery, training program evaluation and development, and zoological program management to numerous agencies such as NOAA/NMFS and facilities worldwide in United States, Mexico, Singapore, Bahamas, Dubai, Philippines, Iceland, Jamaica, Panama, China and St. Lucia.

He has taught marine mammal behavioral science at the University of Miami and conducted numerous seminars and public lectures on the Keiko Release Project.