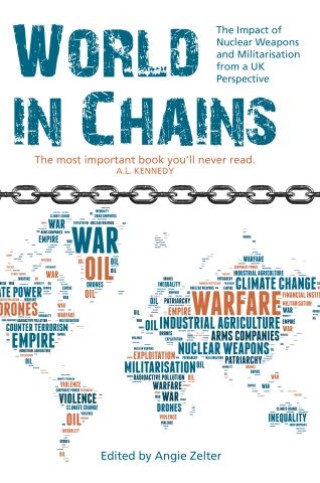 Nuclear Weapons, Militarisation and their Impact on Society

Angie Zelter: ANGIE ZELTER is a political activist and founder of the international cam-paign groups, Trident Ploughshares and the International Woman's Peace Service. Zelter is well-known for her hard work and non-violent action, and has been arrested more than 100 times. She is the author and editor of several books on campaigning, environment and interna-tional law. One of the 'Trident Three', Zelter was awarded the Right Livelihood Award, often referred to as the Alternative Nobel Prize.