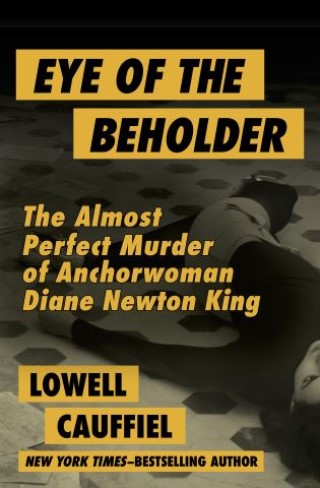 Eye of the Beholder

“A fascinating psychological study of an unrepentant murderer” from a New York Times–bestselling author (Library Journal).

Battle Creek, Michigan, is famous as the birthplace of breakfast cereal, and the nearby suburb of Marshall is as wholesome as shredded wheat. Well-known for its colorful Victorian mansions, this stately slice of nineteenth-century Americana became infamous on a frigid night in February of 1991. Newscaster Diane Newton King was stepping out of her car, her children strapped into the backseat, when a sniper’s bullet cut her down. The police assumed that the killer was her stalker—a crazed fan who had been terrorizing King for weeks. But as their investigation ground to a standstill, the police turned to another suspect—one much closer to home.

In this gripping retelling of the crime and its aftermath, journalist Lowell Cauffiel re-creates the atmosphere of terror that marked King’s last days, giving us a story of celebrity, obsession, and what it means to kill.

Lowell Cauffiel:
Lowell Cauffiel is an American novelist, screenwriter, and producer. He began his career as a journalist, contributing to publications including Rolling Stone and the Detroit News. In 1988, he entered the world of true-crime writing, publishing his first book, Masquerade. He later went on to write the New York Times bestseller House of Secrets. More recently, he has begun writing and producing crime documentaries and made his directorial debut in 2012 with the film Men in a Box.