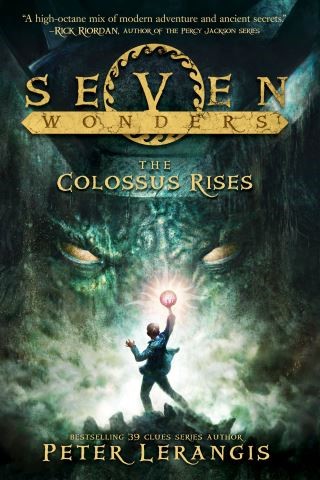 “A high-octane mix of modern adventure and ancient secrets. The Colossus Rises is Lerangis’s most gripping work yet. Young readers will love this story. I can’t wait to see what’s next in the Seven Wonders series!” —Rick Riordan, author of the Percy Jackson series

Young readers will learn all about the history and mysteries of the ancient world while savoring this unputdownable story from first page to last. This middle grade novel is an excellent choice for tween readers in grades 5 to 6, especially during homeschooling. It’s a fun way to keep your child entertained and engaged while not in the classroom.

The Colossus Rises is the first installment of the bestselling five-book series chronicling the story of Jack McKinley, an ordinary kid with an extraordinary problem. In a few months, he’s going to die—unless he finds seven magic Loculi that have been hidden in the Seven Wonders of the Ancient World.