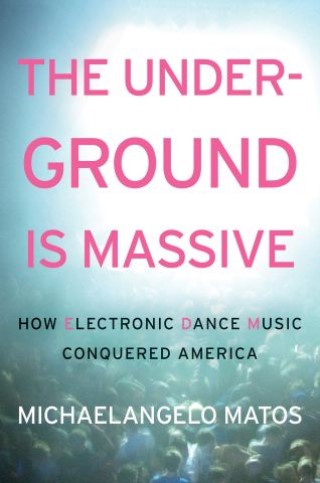 The Underground Is Massive

Joining the ranks of Please Kill Me and Can’t Stop Won’t Stop comes this definitive chronicle of one of the hottest trends in popular culture—electronic dance music—from the noted authority covering the scene.

It is the sound of the millennial generation, the music “defining youth culture of the 2010s” (Rolling Stone). Rooted in American techno/house and ’90s rave culture, electronic dance music has evolved into the biggest moneymaker on the concert circuit. Music journalist Michaelangelo Matos has been covering this beat since its genesis, and in The Underground Is Massive, charts for the first time the birth and rise of this last great outlaw musical subculture.

Drawing on a vast array of resources, including hundreds of interviews and a library of rare artifacts, from rave fanzines to online mailing-list archives, Matos reveals how EDM blossomed in tandem with the nascent Internet—message boards and chat lines connected partiers from town to town. In turn, these ravers, many early technology adopters, helped spearhead the information revolution. As tech was the tool, Ecstasy—(Molly, as it’s know today) an empathic drug that heightens sensory pleasure—was the narcotic fueling this alternative movement.

Full of unique insights, lively details, entertaining stories, dozens of photos, and unforgettable misfits and stars—from early break-in parties to Skrillex and Daft Punk—The Underground Is Massive captures this fascinating trend in American pop culture history, a grassroots movement that would help define the future of music and the modern tech world we live in.