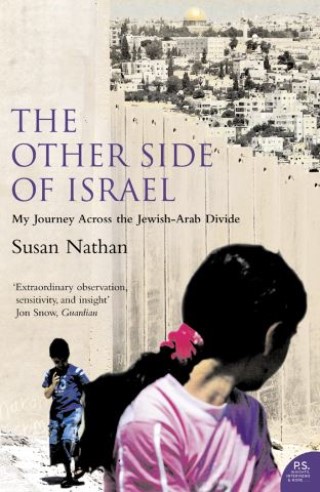 The Other Side of Israel: My Journey Across the Jewish/Arab Divide

The pioneering autobiographical story of a British Zionist in her fifties who moves to Israel and chooses to live among 25,000 Muslims in the all-Arab Israeli town of Tamra, a few miles from Nazareth.Susan Nathan’s revelatory book about her new life across the ethnic divide in Israel is already creating international interest. At a time when Middle Eastern politics (in many ways central to the current world disorder) have become mired in endless tit-for-tat killings, Susan Nathan is showing – by her own daily example – that it is perfectly possible for Jews and Arabs to live peacefully together in a single community, recognising their common humanity.The author’s familiarity with the former injustices of apartheid South Africa enables her to draw telling comparisons with the state of Israel. The increasing segregation of, and discrimintation against, the million-strong Arabic population of Israel is something she witnesses at first hand, but in describing her experiences in Tamra she is as observant of Arab frailties as of Jewish oppression.Written with warmth, compassion and humour, ‘The Other Side of Israel’ is one courageous woman’s positive life-enhancing response to a situation in which entrenched attitudes lead only to more violence and bloodshed.

Susan Nathan: Susan Nathan was born in England and brought up for the most part in apartheid-era South Africa, where she strongly opposed the system. An AIDS counsellor in London, she decided in her fifties – recently divorced and with grown-up children – to take up the Jewish right of return and move to Israel. This is her first book.