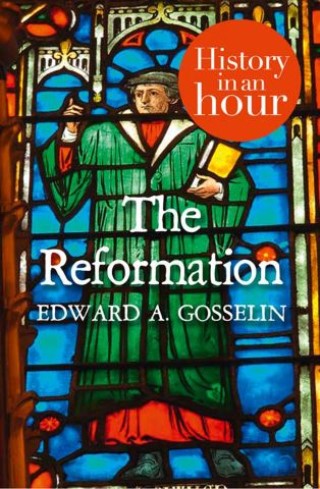 The Reformation: History in an Hour

Love history? Know your stuff with History in an Hour.The Reformation was a long struggle of ideas between the established Catholic Church and the questioning of faith brought about by the Renaissance in Western Europe. Started by Martin Luther in 1517, religious dissidence spread across Europe throughout the sixteenth century, causing wars, migration and disunity. By 1648 Henry VIII’s desire for divorce led him to break with the Catholic Church in Rome and form the Church of England.The Reformation: History in an Hour is a clear and comprehensive look at this long and complex period of religious change. It explains the major causes of the Reformation and the differences between Protestants and Catholics. It will help you understand the significance of the Reformation in European history in just one hour.Know your stuff: Read a concise history of the Protestant Reformation in just one hour.

Edward A Gosselin: Professor Edward Gosselin is a Renaissance and Reformation historian, with an additional interest in the history of science. Educated at Yale University and Columbia University, his Fulbright scholarship in Paris launched a life-long interest in Reformation and Hermetic scholars. The author of several books, he has taught at the City University of New York and California State University on Rabelais, Foucault, The French New Novelists, Erasmus, Luther, and on Giordano Bruno.