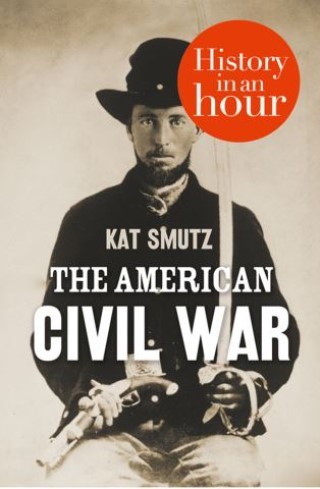 The American Civil War: History in an Hour

Love history? Know your stuff with History in an Hour.The American Civil War started when eleven southern ‘slave’ states declared their independence from the United States of America. Abraham Lincoln’s Republican government were strongly against slavery and fought to abolish it and keep the country united.The American Civil War: History in an Hour gives a concise and authoritative overview of these four years of bloody and devastating warfare to help you understand how the Civil War shaped America today and changed the history of slavery forever.Know your stuff: read concise history of the tumultuous struggle between the Confederates and the Union in just one hour.

Kat Smutz: Having studied technology at Southwest Missouri State University, Kat Smutz conducted research in a variety of fields, most notably the everyday life of people in the United States during the Victorian era. Professionally, Kat has worked in law enforcement, as a teacher, and was a freelance journalist for twenty years. All of those experiences lend themselves well to her work for History an an Hour.