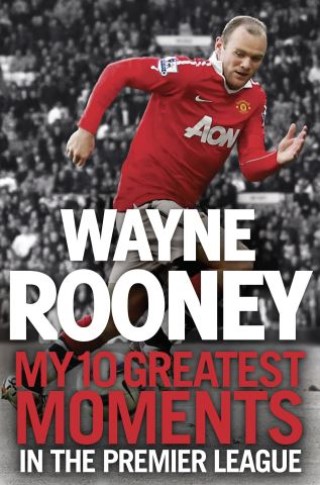 Wayne Rooney: My 10 Greatest Moments in the Premier League

‘My Decade in the Premier League’ is Wayne’s first hand account of his 10 years playing at the highest level in English football – and for the biggest club in the world. This is his inside story of life on the pitch for Manchester Utd; the League titles, FA Cups, League Cups and Champions League adventures. A must for any Utd fan.Wayne Rooney is widely regarded as one of the leading football players of his generation. A talisman for Manchester United, since his transfer to them in 2004, Rooney is their star player and the first name on the team sheet.In the 10 years since he made his debut as a 16 year old for Everton, he has acquired trophy after trophy, accolade after accolade and headline after headline.‘My Decade in the Premier League’ is the inside account of life as a Premier League footballer from the man every one wants to hear from. This is his story, in his words. From gracing the ground at Goodison as an excitable 16 year old to lifting the Champions League trophy with Manchester United. From the emotional high of scoring the winner against Manchester City with that overhead bicycle kick to the crushing low of the thrashing City handed out at Old Trafford in the 2011-12 season.This is a book for the fan who would kill to get just 30 seconds on the pitch at The Theatre of Dreams – to run on the famous turf and score in front of the Stretford End. ‘My Decade in the Premier League’ gives a real insight in to what goes in to being part of the biggest club in the world; the training pitch, the dressing room, the manager, the coaches and, most importantly, the buzz of crossing that white line and hearing the 76,000 strong crowd chant your name.In intricate, emotional detail Wayne talks about every season he has spent in the Premier League and how it feels to be one the most celebrated footballers on the planet.

Wayne Rooney: Wayne Rooney was born in Liverpool in October 1985.He became the youngest scorer in Premier League history in 2002, at the age of 16, shortly after making his debut for Everton. In August 2004 he joined Manchester United for a fee of £30million and has gone on to become their highest ever scorer in the Premier League.He has won 4 League titles and the 2007-08 Champions League in addition to numerous FA and League Cups. He is widely regarded as one of the finest players of his generation and is, undoubtedly, the most talked about player in British football.