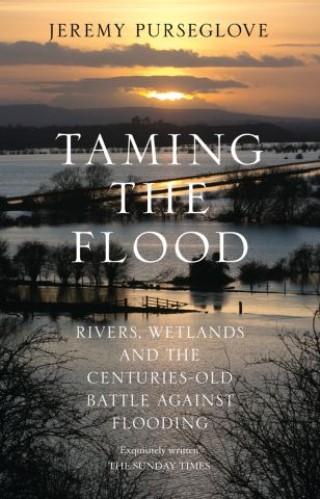 Taming the Flood: Rivers, Wetlands and the Centuries-Old Battle Against Flooding

‘Exquisitely written’ Sunday TimesBeautifully written and magnificently illustrated with photographs, line drawings and maps, this book serves both as a celebration of the richness of the British countryside, and as a warning of the legacy of loss and destruction we could so easily leave to future generations.In recent years the Somerset Levels suffered from the worst flooding in over twenty years, and more recently, flooding in Cumbria and other parts of Britain have reached new levels of severity. Taming the Flood analyses many of the conflicting demands made on rivers and wetlands, offering practical solutions which aim to protect, rather than destroy, these important ecological habitats.Exploring the old arguments and new solutions raised over the last 400 years, this completely updated edition of the classic Taming the Flood reveals how harnessing nature, rather than attempting to repress it, is the only answer to the environmental disasters we are faced with today.As a practical landscape architect and ecologist working in the water industry, Jeremy Purseglove has been actively involved in land drainage engineering to try to enhance, rather than destroy, the heritage of our rivers and wetlands. He charts the conservation, agriculture and development of our rivers and wetlands, outlining practical proposals for the protection and use of these sensitive habitats.From the Lancashire mosses and the Derwent Ings, Otmoor and the Fens, to Romney Marsh and the Somerset Levels, he traces the history and natural history of our rivers and wetlands, describing in vivid detail both the beauty of these strange and ancient landscapes, and the often disastrous results of attempts to tame them.

Jeremy Purseglove: Jeremy Purseglove helped to pioneer a new approach to the way we manage our rivers, having worked as an environmentalist in the water industry for over a decade. Taming the Flood, first published in 1988, is based on his personal experience and on the research he did for a television series, which he also presented. In 1989 he left the water industry to join an engineering consultancy. In this capacity he worked in the UK and throughout the world integrating civil engineering schemes with the environment. He lives in Cambridge.