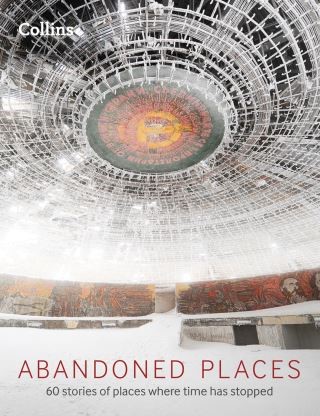 Ghost towns, empty streets, crumbling ruins and lost empires this book reveals these and other deserted places. Many places featured were once populated and now sit unoccupied, modern day ruins, sitting in decay.Stories, facts and photographs of 60 beautiful and eerie abandoned places from throughout the world. Time has stopped and nature is taking resident in these places mainly due to natural disasters, war or economic reasons.Places include:• Severely damaged by Hurricane Katrina, Six Flags Jazzland has been abandoned since. Several of the rides still stand, a testimony to the resilience of New Orleans.• Shicheng in China has been under water for 53 years since the Xin'an River Hydro Plant flooded the area. The city was founded 1,300 years ago.• Chernobyl was totally abandoned after the nearby nuclear disaster in 1986. Due to radiation, it has been left untouched ever since the incident and will be for many thousands of years into the future. Nature now rules the city in what resembles an apocalyptic movie.• Poveglia is an island in the Venetian Lagoon which under the rule of Napoleon Bonaparte became a dumping ground for plague victims and later an asylum for the mentally ill.• Plymouth was the capital of the island of Montserrat. The town was overwhelmed by volcanic eruptions starting in 1995 and was abandoned.• St Kilda a remote Scottish Island may have been permanently inhabited for at least two millennia, the population probably never exceeding 180. The entire population was evacuated in 1930.

Richard Happer: Author of fourteen non-fiction books on historical and geographical subjects and contributor to several atlases and other reference works. Recent titles include The Times Extreme Survivors and The Times Britain From Above.