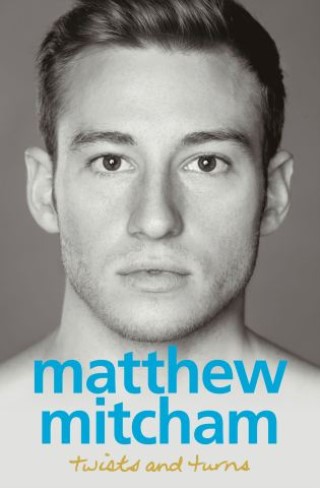 No one who has ever seen Matthew Mitcham perform one of his heartstopping dives or make Olympic history would ever guess the obstacles he had to overcome just to be a contender. 'People kept remarking on how they were surprised that a gold medal and fame hadn't changed me. I always responded, "Why would I change? Being me is the easiest person to be." I was lying. It wasn't.' At the Beijing Olympic Games, Matthew Mitcham made history with an unforgettable dive, scoring perfect tens, and winning gold for Australia. there was no hint of the harrowing battle this talented young dynamo had fought with clinical depression, self-harm, and his addiction to alcohol and drugs including crystal meth (also known as Ice). Joyously out and proud, Matthew was a role model for his courage both in and out of the pool. Yet even after Beijing and ranking No 1 in the world, beneath that cheeky, fun-loving exterior he was painfully aware of how easily it could unravel. Unbeknownst to everyone, even those closest to him, Matthew turned to crystal meth as a way of dealing with his personal demons some of which stemmed from his childhood. When injury further threatened his London Olympic hopes, he struggled to overcome his addictions, and balance his perfectionism with the old fear of self-doubt. He may not have won gold but he triumphed over his physical and emotional pain - and showed us the true meaning of sportsmanship. twists and turns is an inspiring story of a true champion, in and out of the pool. "A searingly frank memoir" - Deborah Snow, the Sydney Morning Herald

At 11, champion trampoline gymnast Matthew Mitcham was discovered by the Australian Institute of Sport Diving Program. He became a national junior champion, represented Australia at the 2006 Commonwealth Games and the 2008 Beijing Olympics, achieving the highest single dive in Games history and becoming the first Australian male to win a gold medal in diving since 1924. His many awards include the 2010 World Cup, 2010 and 2011 Canadian Cup competitions, along with four silver medals at the Commonwealth Games and he is ranked No.1 in the world in 10m platform. He is also one of Australia's most prominent 'out and proud' athletes.