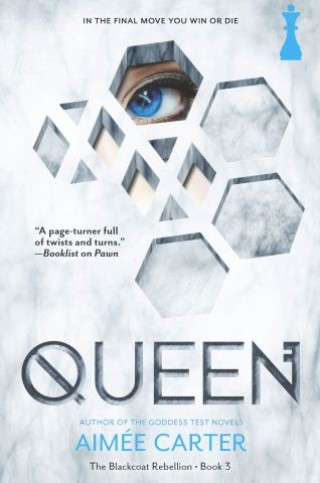 Kitty Doe is a Blackcoat rebel and a former captive with a deadly connection to the most powerful and dangerous man in the country, Prime Minister Daxton Hart. Forced to masquerade as Daxton's niece, Lila Hart, Kitty has helped the Blackcoats take back the prison known as Elsewhere. But Daxton has no intention of ceding his position of privilegeor letting Kitty expose his own masquerade. Not in these United States, where each person's rank means the difference between luxury and poverty, freedom and fearand ultimately, between life and death.

To defeat the corrupt government, Kitty must expose Daxton's secret. Securing evidence will put others in jeopardy, including the boy she's loved forever and an ally she barely trusts. For months, Kitty's survival has hinged on playing a part. Now she must discover who she truly wants to be, and whether the new world she and the rebels are striving to create has a place in it for her after all.

Aimée Carter: Aimée Carter was born in 1986 and raised in Michigan, where she currently resides. She started writing fan fiction at eleven, began her first original story four years later, and hasn’t stopped writing since. Besides writing and reading, she enjoys seeing movies, playing with her puppies, and wrestling with the puzzles in the paper each morning.