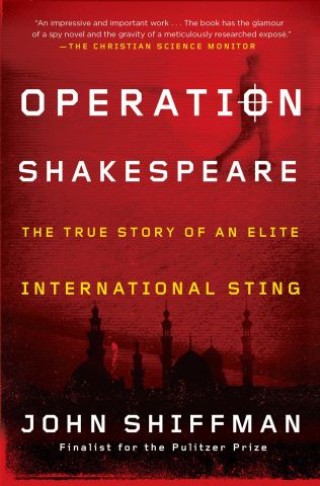 The True Story of an Elite International Sting

A secret war. A daring sting operation. The great untold national security story of our time: “An impressive and important work…The book has the glamour of a spy novel and the gravity of a meticulously researched exposé” (Christian Science Monitor).

On today’s high-tech battlefields, the most lethal weapons are not the big ones, but rather the ones that are small enough to be smuggled inside a pack of chewing gum. Developed and manufactured in the United States at extraordinary cost, these tiny weapons of war—which can guide missiles, see through walls, and trigger anything from a wireless IED to a nuclear weapon—are what currently give the US its military advantage. Unfortunately, they are increasingly being discovered in the hands of our enemies.

In Operation Shakespeare, Pulitzer Prize finalist John Shiffman tells the true story of an elaborate sting operation launched by an elite Homeland Security team that was created to stop Iran, Russia, China, and North Korea from stealing US military technology. The sting, codenamed Operation Shakespeare, targets an Iranian arms broker who works on behalf of Tehran. Over the course of three years, the American agents go undercover to outwit not only the Iranian, but US defense contractors and bankers willing to put profit over national security. The chase moves around the world, and as the United States tries to bring the Iranian to justice, his own government plots to assassinate him, fearful of what he might reveal.

Tenacious, richly detailed, and boasting unprecedented access to both the Iranian broker and the US agents who caught him, “Operation Shakespeare reads like a spy thriller—but Shiffman’s meticulous reporting leaves no doubt that he is telling nothing less than scary truth” (Daily News, New York).

John Shiffman: John Shiffman is an investigative reporter for Reuters. He worked as a staff writer at The Philadelphia Inquirer from 2003 to 2011, where he was a finalist for the Pulitzer Prize. He is the author of Operation Shakespeare and with former FBI agent Robert Wittman, he coauthored Priceless, a New York Times bestseller published in nine languages. He is a lawyer and lives near Washington, DC.