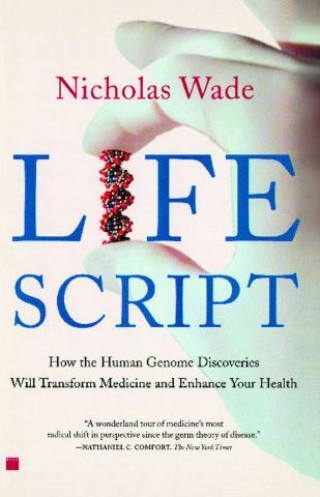 With the decoding of the human genome, researchers can now read the script in which evolution has written the program for the design and operation of the human body. A new generation of medical treatments is at hand. Researchers are developing therapies so powerful that there is now no evident obstacle to the ancient goal of conquering most major diseases.
Nicholas Wade has covered the sequencing of the genome, as well as other health and science stories, for The New York Times, in the course of which he has interviewed many of the principal researchers in the field. In this book he describes what the genome means for the health of present and future generations.
Someday soon physicians will have access to DNA chips that, from a drop of blood, will screen a person's genes for all the diseases to which he or she may be genetically vulnerable. From full knowledge of the instruction manual of the human body, provided by the genome, pharmaceutical companies hope to develop a new generation of sophisticated drugs; one of the first genome-derived drugs is already undergoing clinical trials. Another vital tool will be regenerative medicine, a new kind of therapy in which new organs and tissues will be grown from a patient's own cells to replace those that are old or diseased.
With the help of DNA chips, medical researchers will soon be able to diagnose diseases such as cancer much more precisely and to tailor specific treatments for each patient. Individualized medicine will also become an important part of the pharmaceutical world. Many drugs will be prescribed based on information from DNA chips that identify which of a range of drugs is best for each patient, as well as which drugs are likely to cause side effects. The medicine of the post-genomic era will be customized for a patient's genetic make-up, providing treatments based on a precise understanding of the mechanism of disease.
Life Script describes a future in which good health, even perfect health, may become the standard for everyone -- at every age.