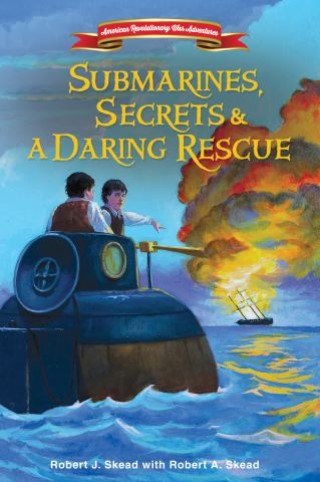 Submarines, Secrets and a Daring Rescue

In this second book in the American Revolutionary War Adventure series, Submarines, Secrets and a Daring Rescue, twins Ambrose and John Clark find themselves volunteering for another mission to help the newly forming United States. Inspired by their success in delivering a secret message to General George Washington himself, the boys step up to help transport much-needed gunpowder to the patriots and end up in an even more dangerous situation, trying to man one of the first submarines and then, later, attempting a prison break to rescue one of their older brothers.