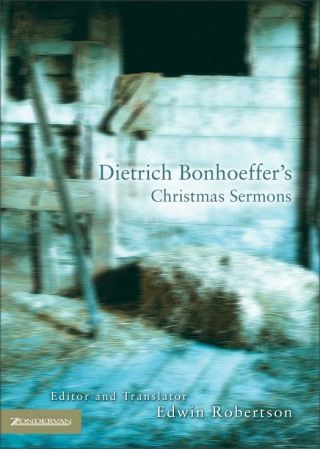 “The celebration of Advent is possible only to those who are troubled in soul, who know themselves to be poor and imperfect, who look forward to something greater to come. For these, it is enough to wait in humble fear until the Holy One himself comes down to us, God in the child in the manger. God comes. The Lord Jesus comes. Christmas comes. Christians rejoice!” —Dietrich Bonhoeffer Executed by the Nazis for his complicity in a plot to assassinate Hitler, Dietrich Bonhoeffer remains with us today through his writings—far-reaching ripples of deep thought, passionate words, and unflinching character. Including biographical insights, Dietrich Bonhoeffer’s Christmas Sermons spans Bonhoeffer’s seventeen years as a preacher. This collection of vintage sermons and writings searches out the power and mystery of the Christmas season: its joyous riches and its implications for our lives. Also available Dietrich Bonhoeffer’s Prison Poems Dietrich Bonhoeffer’s Meditations on Psalms

Dietrich Bonhoeffer: Dietrich Bonhoeffer (1906 - 1945) was a major writer and thinker in Germany between the wars. His many books of theology are still read and as influential among contemporary evangelical believers as the works of C.S. Lewis and Billy Graham: such works as The Cost of Discipleship, Letters and Papers from Prison, Ethics, Life Together, and Christ the Center. In 1939 he refused to take the loyalty oath to Adolf Hitler. Shortly after, he was invited to participate in a plot to assassinate Hitler. He was eventually caught, imprisoned, and executed.

Translator and editor, Edwin H. Robertson was born in London, England, in 1912, of Scottish parents. For many years he was involved in broadcasting and communications. He is the author of a number of books, notably on the Bible, broadcasting, and Dietrich Bonhoeffer. He is the minister of Heath Street Baptist Church in Hampstead, London, England.