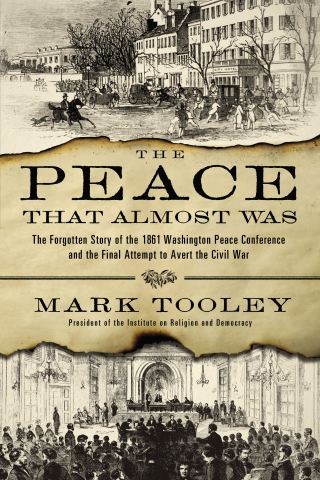 The Peace That Almost Was

A narrative history of the 1861 Washington Peace Conference, the bipartisan, last-ditch effort to prevent the Civil War, an effort that nearly averted the carnage that followed.

In February 1861, most of AmericaÆs great statesmenùincluding a former president, dozens of current and former senators, Supreme Court justices, governors, and congressmenùcame together at the historic Willard Hotel in a desperate attempt to stave off Civil War.

Seven southern states had already seceded, and the conferees battled against time to craft a compromise to protect slavery and thus preserve the union and prevent war. Participants included former President John Tyler, General William ShermanÆs Catholic step-father, General Winfield Scott, and LincolnÆs future Treasury Secretary, Salmon Chaseùand from a room upstairs at the hotel, Lincoln himself. Revelatory and definitive, The Peace That Almost Was demonstrates that slavery was the main issue of the conferenceùand thus of the war itselfùand that no matter the shared faith, family, and friendships of the participants, ultimately no compromise could be reached.