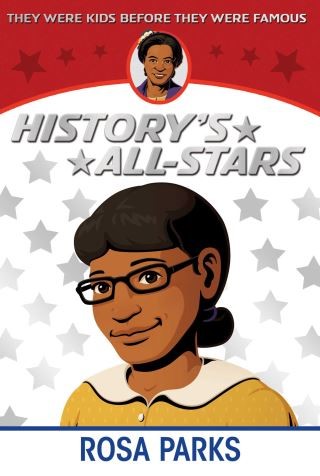 Learn about the childhood of Rosa Parks, who grew up to be a legendary Civil Rights activist and an all-star in American history.

Civil rights activist Rosa Parks was born on February 4, 1913, in Tuskegee, Alabama. Her refusal to surrender her seat to a white passenger on a Montgomery, Alabama bus in 1955 spurred a citywide boycott. As she became a symbol of the modern Civil Rights Movement, eventually the city of Montgomery had no choice but to lift the law requiring segregation on public buses. Rosa Parks received many accolades during her lifetime, including the Presidential of Freedom, the Congressional Gold Medal, and the NAACP’s highest award.

In this narrative biography you’ll learn about Rosa Parks’s childhood and the influences that gave this remarkable woman the courage to stand up for her rights.

Kathleen Kudlinski: Kathleen Kudlinski was born in Pennsylvania. When she grew up, she studied art and biology at the University of Maine. She became a science teacher, but when she stopped teaching, she tried writing. She is the author of books about Rosa Parks, Franklin Delano Roosevelt, Dr. Seuss, and many more.