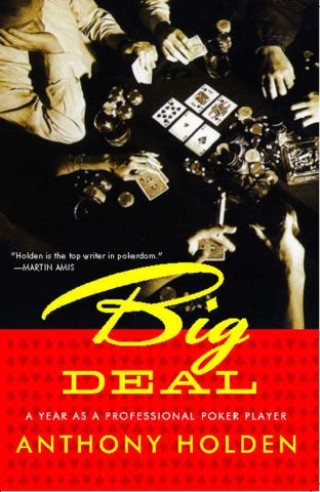 A Year as a Professional Poker Player

In 1988, best-selling biographer Anthony Holden spent one year living the life of a professional poker player. His mesmerizing account of that year went on to become a classic of the genre, an inspiration to innumerable poker players and poker memoirists who followed. Big Deal is his story of days and nights in Las Vegas, Malta, and Morocco, mingling with the greats, sharpening his game, perfecting his repartee, and learning a great deal about himself in the process. Poker, Holden would insist, is a paradigm of life at its most intense, a gladiatorial contest that brings out the best as well as the worst in people. The heroes and eccentrics of the poker world stalk the pages of this remarkable book, along with all the hairraising, nail-biting excitement of the game itself.

Anthony Holden: Anthony Holden is an award-winning journalist who has published more than thirty books, including He Played For His Wife…And Other Stories and biographies of Laurence Olivier, Tchaikovsky, and Shakespeare. He has published translations of opera, ancient Greek plays, and poetry. He was director of European Film and Television at Exclusive Media, where he helped relaunch Britain’s most famous film production label, Hammer. Anthony Holden lives in London.