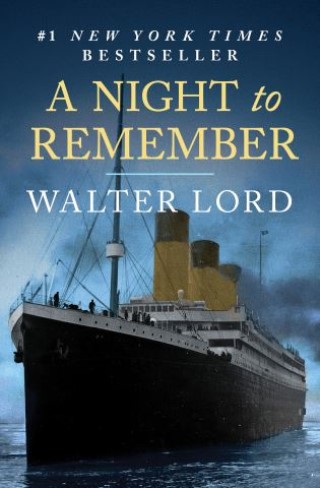 A Night to Remember

The Sinking of the Titanic

#1 New York Times Bestseller: The definitive book on the sinking of the Titanic, based on interviews with survivors, by the author of The Miracle of Dunkirk.
At first, no one but the lookout recognized the sound. Passengers described it as the impact of a heavy wave, a scraping noise, or the tearing of a long calico strip. In fact, it was the sound of the world’s most famous ocean liner striking an iceberg, and it served as the death knell for 1,500 souls.
In the next two hours and forty minutes, the maiden voyage of the Titanic became one of history’s worst maritime accidents. As the ship’s deck slipped closer to the icy waterline, women pleaded with their husbands to join them on lifeboats. Men changed into their evening clothes to meet death with dignity. And in steerage, hundreds fought bitterly against certain death. At 2:15 a.m. the ship’s band played “Autumn.” Five minutes later, the Titanic was gone.
Based on interviews with sixty-three survivors, Lord’s moment-by-moment account is among the finest books written about one of the twentieth century’s bleakest nights.