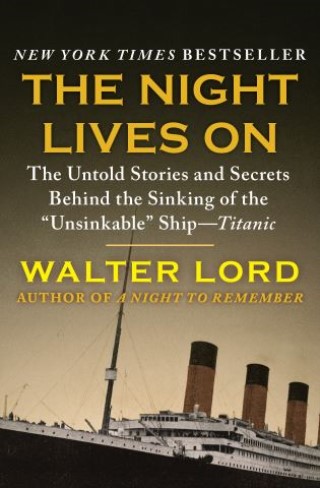 The Night Lives On

In this New York Times bestseller, the author of A Night to Remember and The Miracle of Dunkirk revisits the Titanic disaster.

Walter Lord’s A Night to Remember was a landmark work that recounted the harrowing events of April 14, 1912, when the British ocean liner RMS Titanic went down in the North Atlantic Ocean, a book that inspired a classic movie of the same name. In The Night Lives On, Lord takes the exploration further, revealing information about the ship’s last hours that emerged in the decades that followed, and separating myths from facts.

Was the ship really christened before setting sail on its maiden voyage? What song did the band play as water spilled over the bow? How did the ship’s wireless operators fail so badly, and why did the nearby Californian, just ten miles away when the Titanic struck the iceberg, not come to the rescue? Lord answers these questions and more, in a gripping investigation of the night when approximately 1,500 victims were lost to the sea.