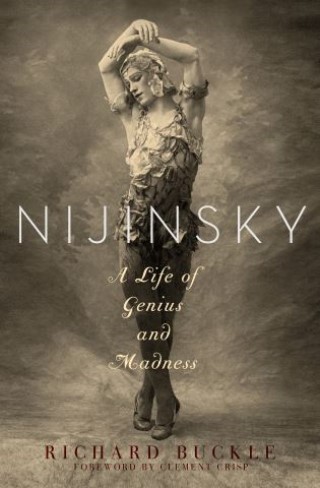 A Life of Genius and Madness

A story of triumph and tragedy, hailed as “the definitive biography” of ballet’s greatest male dancer (The Times Literary Supplement).

From Richard Buckle, one of the all-time leading authorities on golden-era Russian dance, Nijinsky is an account of the rise and fall of perhaps the most iconic ballet performer of the twentieth century, Vaslav Nijinsky. Drawing on personal conversations with countless people who knew and worked with Nijinsky, including his sister and famed choreographer Bronislava Nijinska, Buckle’s intimate and astonishing portrait reveals a master whose reign was all too brief.

As a dancer, interpretive artist, and choreographic pioneer, Nijinsky reached unparalleled heights. His breathtaking performances with the Ballets Russes took Western Europe by storm, and his avant-garde choreography for The Afternoon of a Faun and The Rite of Spring, both now regarded as the foundation of modern dance, caused riots in the streets.

Through his liaison with the great impresario Sergei Diaghilev, Nijinsky worked with the artistic elite of the time—including Alexandre Benois, Léon Bakst, Claude Debussy, Mikhail Fokine, Tamara Karsavina, Anna Pavlova, and Igor Stravinsky—and lived in an atmosphere of perpetual glamour, hysteria, and intrigue. But when Njinsky married Hungarian aristocrat Romola de Pulszky, Diaghilev abruptly dismissed him from the Ballets Russes. Five years after the betrayal, Nijinsky was diagnosed with schizophrenia and declared insane, and the final curtain fell on the world’s most famous dancer.

This remarkable biography both celebrates Nijinsky’s profound genius and shadows his descent into the madness that is inextricably linked with his legendary reputation.

Richard Buckle:
Richard Buckle was one of the leading authorities on Diaghilev and the Ballet Russes. He was the ballet critic of the London Observer and the Sunday Times in London and was a pallbearer at Nijinsky’s funeral in 1950. Buckle died in 2001.