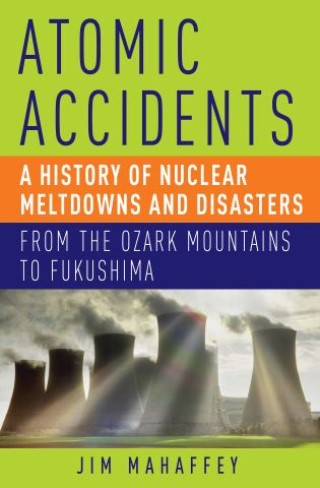 A History of Nuclear Meltdowns and Disasters: From the Ozark Mountains to Fukushima

A “delightfully astute” and “entertaining” history of the mishaps and meltdowns that have marked the path of scientific progress (Kirkus Reviews, starred review).

Radiation: What could go wrong? In short, plenty. From Marie Curie carrying around a vial of radium salt because she liked the pretty blue glow to the large-scale disasters at Chernobyl and Fukushima, dating back to the late nineteenth century, nuclear science has had a rich history of innovative exploration and discovery, coupled with mistakes, accidents, and downright disasters.

In this lively book, long-time advocate of continued nuclear research and nuclear energy James Mahaffey looks at each incident in turn and analyzes what happened and why, often discovering where scientists went wrong when analyzing past meltdowns. Every incident, while taking its toll, has led to new understanding of the mighty atom—and the fascinating frontier of science that still holds both incredible risk and great promise.

Jim Mahaffey:
James Mahaffey was senior research scientist at Georgia Tech Institute and has worked at the Defense Nuclear Agency, the National Ground Intelligence Center, and the Air Force Air Logistics Center, focusing on nuclear power, nanotechnology, and cold fusion. He is the author of Atomic Awakening and lives in Atlanta, Georgia.