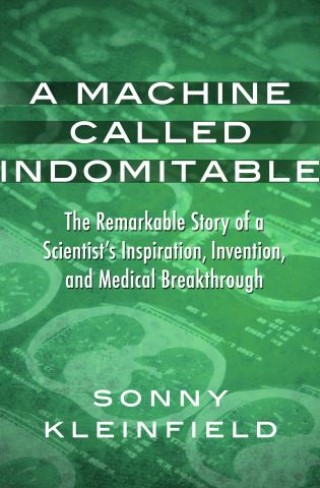 The Remarkable Story of a Scientist's Inspiration, Invention, and Medical Breakthrough

The true story of the doctor who invented the MRI: “A fascinating account of how a significant medical development came about” (The New York Times).

Dr. Raymond Damadian was plagued with a mysterious and persistent stomach pain, yet physicians assured him that they could find nothing wrong. To find the answer to his ailment, Damadian would spend the ensuing twelve years building a machine that would change medicine. Nuclear magnetic resonance scanning, now called magnetic resonance imaging (MRI), was a revolution: a safe means to determine the makeup of every cell in the human body, distinguishing healthy cells from sick. Although Damadian’s ideas were met with skepticism and outright opposition from the medical community, this machine would go on to save the lives of millions by diagnosing disease while effective treatment was still possible. In short, it was a medical miracle.

The story of Damadian’s quest—battling skeptical peers, money troubles, and more with an intensity approaching obsession—is one of the great legends of medical research. Sonny Kleinfield, acclaimed reporter and author, captures Damadian’s remarkable triumph against the odds with compassion and a keen eye. A Machine Called Indomitable is scientific storytelling at its finest.

Sonny Kleinfield:
Sonny Kleinfield is a reporter for the New York Times and the author of eight books. He has contributed articles to the Atlantic, Harper’s Magazine, Esquire, and Rolling Stone, and was a reporter for the Wall Street Journal before joining the Times. He shared in a Pulitzer Prize for a Times series on race in America, and has received a number of other accolades, including the Robert F. Kennedy Journalism Award, the Meyer Berger Award, an American Society of Newspaper Editors Award, and the Gerald Loeb Award. A native of Fair Lawn, New Jersey, he is a graduate of New York University and lives in New York City.