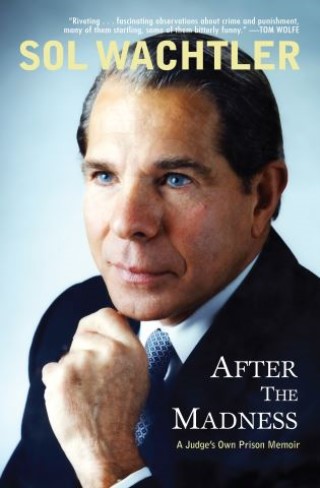 A Judge's Own Prison Memoir

Driving down the Long Island Expressway in November of 1992, Sol Wachtler was New York’s chief judge and heir apparent to the New York governorship. Suddenly, three van loads of FBI agents swerved in front of him—bringing his car and his legal career to a halt. Wachtler's subsequent arrest, conviction, and incarceration for harassing his longtime lover precipitated a media feeding frenzy, revealing to the world his struggles with romantic attachment, manic depression, and drug abuse.

In this, his prison diary, Wachtler reveals the stark reality behind his vertiginous fall from the heights of the legal establishment to the underbelly of the criminal justice system. Sentenced to a medium security prison in Butner, North Carolina, Wachtler is stabbed by an unseen assailant, berated by prison guards, and repeatedly placed in solitary confinement with no explanation. Moreover, as a prisoner he confronts firsthand the inequities of a system his judicial rulings helped to construct and befriends the type of people he once sentenced.

With unflinching honesty, Wachtler draws on his unique experience of living life on both sides of the bench to paint a chilling portrait of prison life interwoven with a no‑holds‑barred analysis of the shortcomings of the American legal justice system.

Sol Wachtler:
Sol Wachtler began his government career in 1963, when he was elected a councilman of the town of North Hempstead. He was appointed to the New York State Supreme Court in 1968 and elected to the Court of Appeals, New York’s highest court, in 1972. In 1985, he was appointed chief judge of the state of New York and the Court of Appeals. He lives in Manhasset, New York, with his wife, Joan. They have four children and seven grandchildren.