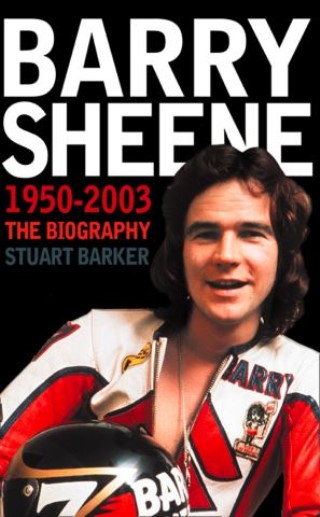 The definitive life story of the seventies world 500cc motorcycle champion Barry Sheene – the Brit whose death-defying crashes and playboy lifestyle made him the most famous bike racer on the planet. Written by the only journalist to have ridden on the roads with him, and featuring interviews with closest friends, team mates and former rivals.Born in London's East End in 1950, Sheene was introduced to motor sport at the age of five, with his father Frank building him his first ever motorbike.His story traces his humble beginnings as a maverick opposed to every educational influence, through an apprenticeship as a part-time rider and full-time mechanic, to a works team racer, with a host of diversions in pursuit of the opposite sex.It charts his success between 1975 and 1982, a golden period during which Sheene won more international 500cc and 750cc Grand Prix titles than anyone, including the world 500cc title in 1976 and 1977. This despite the horrendous carnage from a series of near-fatal crashes from which Sheene miraculously survived and overcame, against all odds.Outside the sport, Sheene discovered an acting talent, appearing in the ITV show Just Amazing and in numerous TV commercials, making him a household name. On his retirement, he found fulfilment (and a friendlier climate for his battered body) in Brisbane as an expert motor sport commentator and an accomplished businessman. After being diagnosed with cancer in 2002 he shunned conventional treatments, preferring natural remedies, but died early in 2003.This is the complete portrait of perhaps the greatest circuit racer of them all.

Stuart Barker: Stuart Barker was born in Galloway, Scotland and graduated from Strathclyde University in 1996. A lifelong motor racing fan, he worked at Motor Cycle News, first as a news reporter then as a feature writer and road tester. After four years, he became a freelance writer and has been published in many magazines including FHM, Superbike, Two Wheels Only and Biker. He has co-written books with Niall Mackenzie and Steve Hislop.