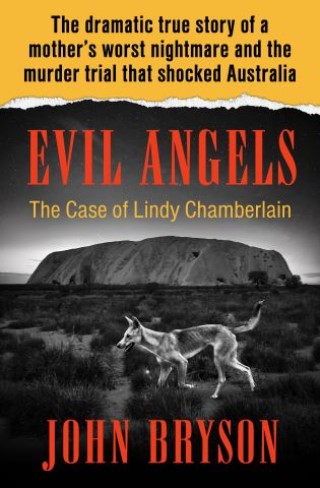 The Case of Lindy Chamberlain

The basis for the Meryl Streep film A Cry in the Dark: The dramatic true story of a mother’s worst nightmare and the murder trial that shocked Australia.

On a camping trip at Ayer’s Rock, the Chamberlain family’s infant daughter disappeared in the middle of the night. Her distraught mother, Lindy, claimed she saw a dingo carry her off into the Australian outback. Two years later, their tragedy worsened when, without a murder weapon, a body, or even a motive, a jury convicted Lindy Chamberlain of killing her own daughter. The public cheered.

John Bryson, a trial lawyer and award-winning journalist, deconstructs the factors that led to a seemingly reasonless incarceration and the public attitude that demanded it. With this book, he began to sway popular opinion in the Chamberlains’ favor by discussing the failures on the part of the police, forensics team, and press.

Winner of the CWA Gold Dagger and the inspiration for the film A Cry in the Dark starring Meryl Streep, Evil Angels presents an impartial analysis of the most notorious miscarriage of justice in Australian history. It serves as a reminder of the dangers of blindly searching for a conviction, the importance of scientific accuracy, the volatility of the media, and the ease with which a nation can fall prey to bigoted thinking. Written with literary finesse, this is one of the twentieth century’s most important—and thoughtful—works of true crime.

John Bryson:
John Bryson, a native of Melbourne, Australia, is a lawyer and an author of both fiction and nonfiction. He is the recipient of several awards, including the Crime Writers’ Association Gold Dagger and the Victorian Premier’s Award for Evil Angels.