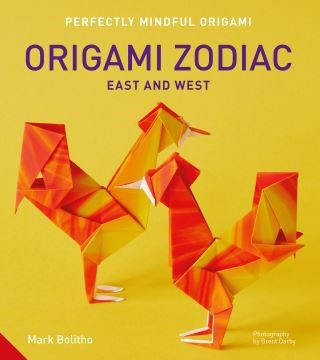 Mark Bolitho:
MARK BOLITHO is a longstanding member of the British Origami Society. He devotes his time to origami, from creating and authoring books and kits to undertaking commissions for large-scale exhibitions. He works on personal projects as well as numerous bespoke one-offs; this includes advertising and design projects for Canon, BBC TV, Sony and the Telegraph Newspaper Group. Much of his work centres on the London design community, but he has also worked on projects around the world. He is the author of several books and kits about origami including The Origami Home (Jacqui Small), Start Origami, Origami London and Creaselightning.
www.creaselightning.co.uk