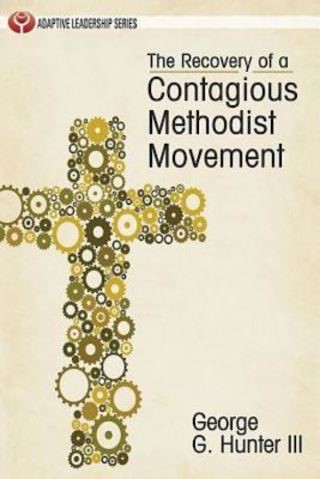 The Recovery of a Contagious Methodist Movement

In this book, Dr. Hunterasks whether enough New Testament Christianity exists in any institutional formof Christianity, including The United Methodist Church, to change the world.

If United Methodism isto survive, it must recover bold directions in ministry, in addition toWesley’s theological vision. If only it was so simple as to stand on Wesley’sshoulders to see our way forward. This means that laity and clergy must bebiblically informed, spiritually energized, and systematically organized.

If United Methodism isto thrive, it needs to focus on mission, recalling that early Methodism was anextravagant expression of missional Christianity. Net membership decline is notfrom losing more people but from reaching fewer people than it used to.

The need for the gospelof Jesus Christ is greater than ever. United Methodists must create structuresand serve God and neighbor in order to spread, as Wesley admonished, scripturalholiness throughout the land.

George G. Hunter III isDistinguished Professor of Church Growth and Evangelism at Asbury TheologicalSeminary in Wilmore, Kentucky. He is the author of several books, including Radical Outreach and The Celtic Way of Evangelism, bothpublished by Abingdon Press.

George G. Hunter III: George G. Hunter III is Distinguished Professor Emeritus of Asbury Theological Seminary’s School of World Mission and Evangelism, where he served as Dean for 18 years and Distinguished Professor for 10 years. He served as the founding dean of Asbury's E. Stanley Jones School of World Mission and Evangelism. A sought-after speaker and workshop leader, he is one of the country's foremost experts on evangelism and church growth. He has written over a dozen books, including How To Reach Secular People, Church for the Unchurched, The Celtic Way of Evangelism, Leading & Managing a Growing Church, Radical Outreach: The Recovery of Apostolic Ministry and Evangelism, Christian, Evangelical and . . . Democrat?, The Apostolic Congregation: Church Growth Reconceived for a New Generation, and The Recovery of a Contagious Methodist Movement—all published by Abingdon Press.