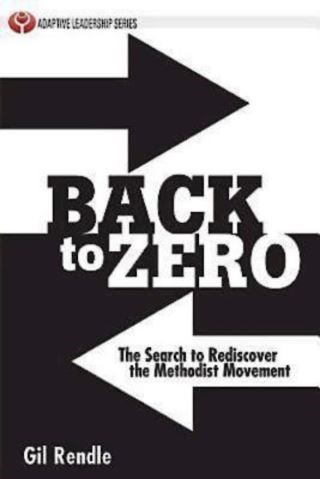 The Search to Rediscover the Methodist Movement

The lifeblood of the United Methodist is passion rather than organizational neatness, entrepreneurial freedom rather than denominational restraint, and agility rather than staid institutional dependence. But if United Methodists want to change and be the church we say we want to be, what must we risk and how can we challenge current practices?

At the heart of becoming a spiritual movement once again is the requirement that we develop a new understanding of connection as Christians and as United Methodists. We are currently at a time in which United Methodists are reinventing denominational connectionalism. One way of framing the issue is to distinguish between members and disciples, or consumers (those who wait for the institution to care for their needs) and citizens (those who are willing to commit themselves to and be held accountable for the whole of the community).

United Methodism has nurtured generations of leaders and congregations that see themselves as consumers of the resources and attention of the denomination. The impulse toward movement is challenging spiritually purposeful leaders and congregations to risk becoming citizens who fully expect to make a difference in the lives of individuals and also in the world through an encounter with Christ.

Gil Rendle: Gil Rendle serves as Senior Consultant with The Institute for Clergy and Congregational Excellence of The Texas Methodist Foundation in Austin, Texas, and as an independent consultant working with issues of change and leadership in denominations. An ordained United Methodist minister, Rendle served as senior pastor of two urban congregations in Pennsylvania for sixteen years and as a denominational consultant for The United Methodist Church for nine years.

In training workshops and conferences, Rendle has led numerous large and small groups in practical learning that directly impacts participants’ decisions and practice in their leadership roles. He is the author of six books, a contributor to four books, and the author of numerous articles and monographs. His most recent book is Journey in the Wilderness:New Life for Mainline Churches (Abingdon Press, 2010). Gil is a resident of Pennsylvania where he lives with his wife, Lynne.