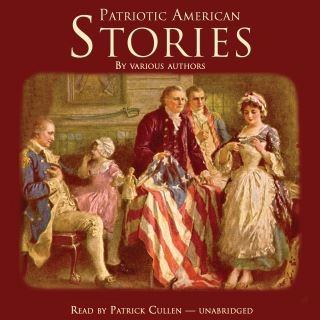 This recording presents a series of patriotic selections of unquestioned literary merit. The stories have been chosen with special regard to their effectiveness as avenues through which young people may experience the sentiments upon which love of native land depends. Featuring iconic American heroes such as Lincoln, Washington, and Davy Crockett, these selections will inspire an enthusiasm for the American spirit and a pronounced regard for the institutions and ideals sacred to all Americans.

“The Man without a Country” by Edward Everett Hale “Washington” by Nina Moore Tiffany “Davy Crockett, Defender of the Alamo” by Charles Fletcher Allen “Lincoln: The Man of Sorrows” by Major Stephen Brice “What a Boy Saw of the Civil War with Glimpses of General Lee” by Leighton Parks “A Message to Garcia” by Elbert Hubbard