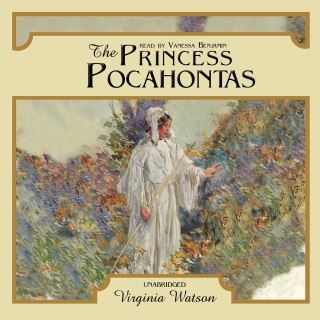 Every schoolchild knows the story of how Pocahontas saved the life of Captain John Smith, but that’s not the whole story.

The Native American princess Pocahontas was born near the end of the sixteenth century as the daughter of Powhatan, chief of the Powhatan confederacy. It was Pocahontas, known as Matoaka by her clan, who interceded on behalf of John Smith in 1608 and then persuaded her father to bring food to the starving colonists at Jamestown.

In 1614, after learning the ways of the English and converting to Christianity, she married John Rolfe, a successful planter. Later, she traveled to England and ingratiated herself into London society. Her help was regarded as indispensable to the survival of the Jamestown colony which later became the state of Virginia.

Virginia Watson wrote several novels under the pseudonym Roger West. She also wrote many works of historical fiction, including With Cortes the Conqueror and Flags Over Quebec, among others.

Vanessa Benjamin (a.k.a. Roe Kendall) is a native of the British Isles. Some twenty-five years ago she moved to the United States with her family and set down roots in Maryland. She graduated from the Royal Academy of Dramatic Art, London, receiving their silver medal as well as the Sir Emile Littler and Caryl Brahms awards. Benjamin has performed on stage in the Washington, DC, area for several years and at many venues and has performed at the Kennedy Center as Mrs. Schubert in the long-running show Shear Madness. An accomplished actress and narrator, she has recorded over two hundred books. Her work as a freelance voice-over artist and narrator has led her in many interesting directions, from technical government materials to eighteenth-century romance novels to hotel advertising, but narrating books is what she really enjoys. "I really love playing all the parts when I narrate a book. It's an adventure, a challenge, and above all I feel that I learn something new with each book I read. I do a lot of reading for the Library of Congress' Blind and Physically Handicapped program, and it is so rewarding for me especially when I get a letter from a patron; it's a great service for the listener."