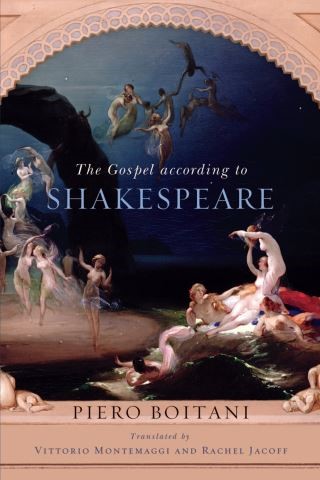 Gospel according to Shakespeare, The

In this slim, poetically powerful volume, Piero Boitani develops his earlier work in The Bible and Its Rewritings, focusing on Shakespeare’s “rescripturing” of the Gospels. Boitani persuasively urges that Shakespeare read the New Testament with great care and an overall sense of affirmation and participation, and that many of his plays constitute their own original testament, insofar as they translate the good news into human terms. In Hamlet and King Lear, he suggests, Shakespeare’s "New Testament" is merely hinted at, and faith, salvation, and peace are only glimpsed from far away. But in Pericles, Cymbeline, The Winter’s Tale, and The Tempest, the themes of compassion and forgiveness, transcendence, immanence, the role of the deity, resurrection, and epiphany are openly, if often obliquely, staged. The Christian Gospels and the Christian Bible are the signposts of this itinerary.

Originally published in 2009, Boitani's Il Vangelo Secondo Shakespeare was awarded the 2010 De Sanctis Prize, a prestigious Italian literary award. Now available for the first time in an English translation, The Gospel according to Shakespeare brings to a broad scholarly and nonscholarly audience Boitani's insights into the current themes dominating the study of Shakespeare's literary theology. It will be of special interest to general readers interested in Shakespeare’s originality and religious perspective.

Piero Boitani: Piero Boitani is professor of comparative literature at the University of Rome "Sapienza."