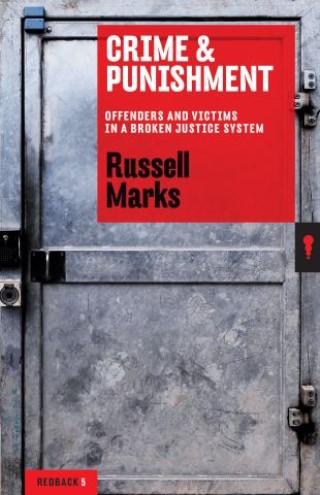 Offenders and Victims in a Broken Justice System

If the goal of our justice system is to reduce crime and create a safer society, then we must do better.

According to conventional wisdom, severely punishing offenders reduces the likelihood that they’ll offend again. Why, then, do so many who go to prison continue to commit crimes after their release? What do we actually know about offenders and the reasons they break the law?

In Crime & Punishment, Russell Marks argues that the lives of most criminal offenders – and indeed of many victims of crime – are marked by often staggering disadvantage. For many offenders, prison only increases their chances of committing further crimes. And despite what some media outlets and politicians want us to believe, harsher sentences do not help most victims to heal.

Drawing on his experience as a lawyer, Marks eloquently makes the case for restorative justice and community correction, whereby offenders are obliged to engage with victims and make amends. Crime & Punishment is a provocative call for change to a justice system in desperate need of renewal.

‘This book is for anyone who despairs at the current system. But more importantly, it is for those who think punishment is the answer.’ —The Age

‘A reflective, well-argued book...what makes it even more compelling is Marks also offers suggestions on a different (better) system of crime and punishment.’ —Sydney Morning Herald

Russell Marks: Russell Marks is the author of Crime and Punishment. He has worked as a criminal defence lawyer and academic and as a writer for the Monthly. He is currently a policy advisor to the Greens and an honorary associate at La Trobe University.