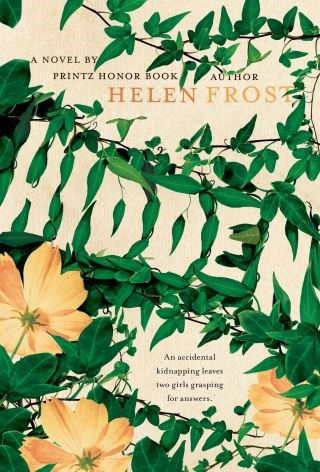 When Wren Abbott and Darra Monson are eight years old, Darra's father steals a minivan. He doesn't know that Wren is hiding in the back. The hours and days that follow change the lives of both girls. Darra is left with a question that only Wren can answer. Wren has questions, too.

Years later, in a chance encounter at camp, the girls face each other for the first time. They can finally learn the truth—that is, if they're willing to reveal to each other the stories that they've hidden for so long. Told from alternating viewpoints, this novel-in-poems reveals the complexities of memory and the strength of a friendship that can overcome pain.

Helen Frost: Helen Frost is the author of several books for young people, including Hidden, Diamond Willow, Salt, Crossing Stones, Room 214: A Year in Poems, and Keesha’s House, which was a Michael L. Printz Honor Book.