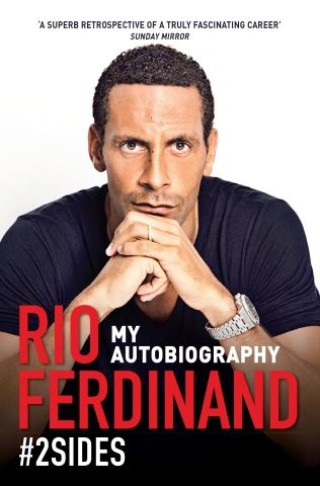 Rio Ferdinand is one of the finest footballers of his generation - a born winner and one of the game's greatest stoppers. Full of outstanding stories and forthright opinions, #2Sides sees Rio reflect on his unique rise to the top of the game:

- Cutting his teeth in the West Ham youth teams and becoming captain of Leeds United at the age of 22
- His record-breaking transfer to Manchester United that made him one of the most revered centre-backs in world football
- On life under Sir Alex Ferguson and how winning became a habit
- Why David Moyes failed as Manchester United manager
- On Cristiano Ronaldo, Lionel Messi and why Paul Scholes is the greatest player ever to grace the Premier League

With a Foreword by Harry Redknapp, #2Sides is a superb retrospective from one of the most outspoken voices of England's golden generation.

David Winner: Rio Ferdinand joined Manchester United in July 2002 for around £30 million, a world record transfer fee for a defender. He remains one of the most expensive English players ever. Off the pitch Rio is involved with youth charities, has his own magazine and apparel range. Rio has a massive social media platform with over 15m followers throughout Facebook, Instagram and Twitter. Rio's profile was raised when he headed off to Rio de Janeiro to be one of the list of BBC pundits for the 2014 FIFA World Cup in Brazil.