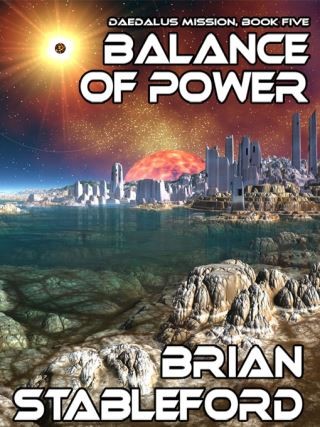 The planet Attica has two continents: Lambda and Delta. The indigenous alien population being restricted to Delta, Earth's colony was planted on Lambda. Before the arrival of the Daedalus, two sailing ships had set out from Lambda to cross the ocean separating the two continents, and neither had returned. Now a third is on its way, and Mariel Valory and Alex Alexander of the Daedalus have hitched a lift, in order that Mariel might use her talent to try to make contact with the aliens. Unfortunately, it turns out that contact has already been made, and that the aliens are building an empire with the aid of borrowed Terran technology--an empire that's beginning to crack under its internal strains and eternal challenges. And when Alex and Mariel are marooned by their reluctant hosts, things start to go from very bad to much worse.... Daedalus Mission, Book Five.