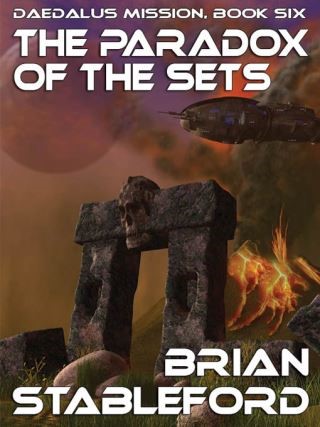 The Paradox of the Sets

The final contact made by the Daedalus Mission begins badly, even before the ship makes a hard landing in the middle of nowhere. The situation of the colony doesn't seem to make any sense, and neither does the situation of the indigenous aliens--the Sets--that have helped the colony survive and thrive. Alex Alexander doesn't take long to work out a hypothesis that might explain the mystery--a hypothesis that the people on the ground have already worked out for themselves--and he's fortunate enough to fall in with a colonist who's obsessively determined to prove the hypothesis. Unfortunately, the quest seems likely to become so dangerous that both of them might die trying--and there's too much at stake not to take it to the very limit of possibility, no matter what the cost. The stunning conclusion (Book Six) of The Daedalus Mission series.