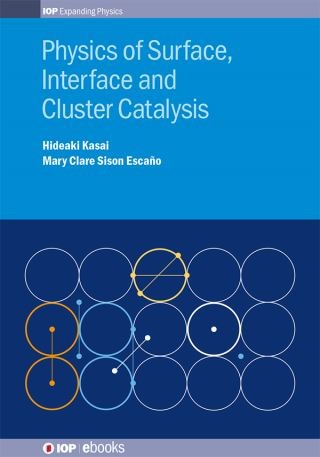 Physics of Surface, Interface and Cluster Catalysis reviews the fundamental physics of catalysis from simple surface models through to complex cluster and catalytic structures.

It is the first book to provide a coherent collection of the physics of catalysis, and shows how physics has provided and continues to provide clarity and insight into many complex catalysis problems, reviewing both recent developments and prospects for future developments in the field.